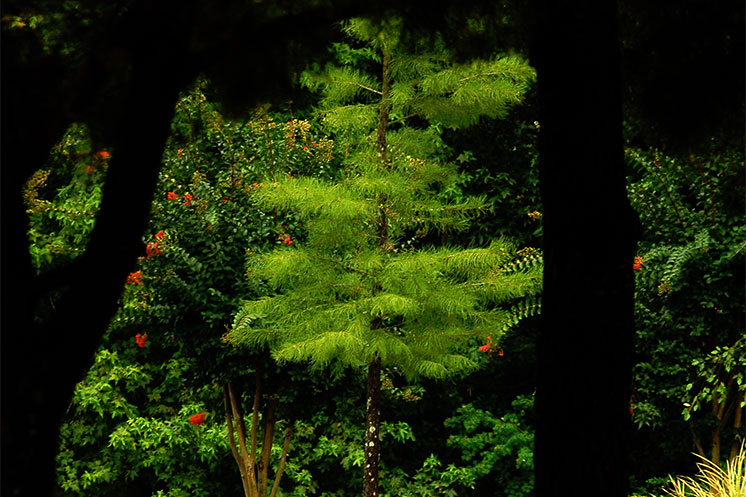 Hurricanes Harvey and Irma are devastating reminders that storms take a terrible toll on landscapes and proof that some trees hold up better than others.

Mississippi landscapes must withstand flooding, hot summers, seasonal drought, ice storms, winters that can dip to single digits, a humid and subtropical climate, and high winds from hurricanes and tornadoes.

John Kushla, a forestry professor with the Mississippi State University Extension Service and the Forest and Wildlife Research Center, said native vegetation handles a wide variety of environmental conditions, but some species are able to survive storms better than others.

"Tree species vary widely in their ability to tolerate high winds, and the ability of any individual tree to survive windstorms also depends on its health," Kushla said. "Some characteristics enable trees to handle high wind."

Some tree species defoliate during extreme winds, helping them survive by limiting the surface area that catches the wind. These trees include live oaks, flowering dogwoods and crape myrtles. Trees with high wood density or elasticity, such as live oak and longleaf pine, also fare better.

If flooding is the most likely local risk, homeowners can select trees species for their ability to tolerate this threat.

"Tree roots need oxygen, and most trees will not tolerate flooding during the growing season," Kushla said. "While small seedlings can be covered with siltation from river flooding, mature, vigorously growing trees of tolerant species are best able to abide flooding."

Ice storms present a unique set of challenges to trees. A tree's ability to avoid ice damage usually lies in its tolerance to ice accumulation.

Kushla warned that just because a tree is storm resistant does not mean it is a good choice for the landscape. For example, the green ash, white ash and fringe tree are ideally suited to withstand storms, but they are susceptible to the emerald ash borer, an invasive pest. The Eastern cottonwood and silver maple are flood tolerant, but their wood is brittle, a disadvantage in storms.

Kushla said the black willow and box elder tolerate flooding but should not be used in an urban setting because their shallow root systems often damage septic or sewer lines.

"Typically, where you have problems occurring is when you have trees being placed near utility lines or structures or areas being used," Brzuszek said. "Have an arborist visit the property to make an evaluation and consider impacts in the placement of trees."

A key to having a successful tree in the landscape is making sure it has good roots.

"Provide root stimulators or fertilizers that help promote those roots, and use mulches to keep the roots from drying," he said. "Saturated soils make trees prone to being blown over by the wind, but healthy roots make a healthy tree."

Brzuszek urged homeowners to have a replacement strategy for existing trees.

"We can't control what a storm will do, but we can control the next forest, and we can plan what the next tree will be," he said. "Replacing a mature tree takes years. Plant some understory trees so if something does happen, you're not waiting 30 years for another tree to make an impact in your landscape."

A Southern pine beetle infestation begins when as few as one or two trees begin to fade and the needles turn from green to yellow to red as they die. The foliage color change is the easiest way to detect the beetles. Up close, there are two other signs: little balls of resin that form the pitch tubes; and frass, which is a mixture of wood dust and beetle excrement.

Southern pine beetles are not the only bark beetles that feed on pine trees, but they are the most dangerous because they can attack and kill healthy trees. Other beetles serve as the clean-up crew of the forest, helping thin out and decompose unhealthy and unproductive trees.

"The others only attack trees that are having other problems," said John Riggins, entomologist in the Mississippi Agricultural and Forestry Experiment Station. "Southern pine beetles can build up to huge populations and can overwhelm healthy trees through sheer numbers. These beetles use pheromones to aggregate to the same tree, and so many attack that a healthy tree cannot resist them."

To control an outbreak, remove infested trees along with healthy trees in a wide buffer around the infested zone. This buffer is typically as wide as the heights of one to two of the trees in the outbreak. Many sawmills will accept salvaged trees, as these beetles and the bluestain fungi they carry do not affect the quality or strength of the timber.

The collapse of an infestation can come about by natural means. Disease and pathogen levels can build in an exploding beetle population. Woodpeckers and checkered clerid beetles are natural predators of the pest.

"Landowners will experience far greater economic losses if they choose to let the outbreak run its natural course rather than employing active suppression measures," Riggins said.

Prevention is the best way to manage a Southern pine beetle outbreak.

"Maintaining the tree vigor and health is the best way to manage for Southern pine beetle," Riggins said. "Rather than reactionary management when we have an outbreak, we would like to see forest landowners manage their forest to be healthy."

"Southern pine beetles love stands that are overcrowded with lots of competition and can wipe them out quickly," he said.