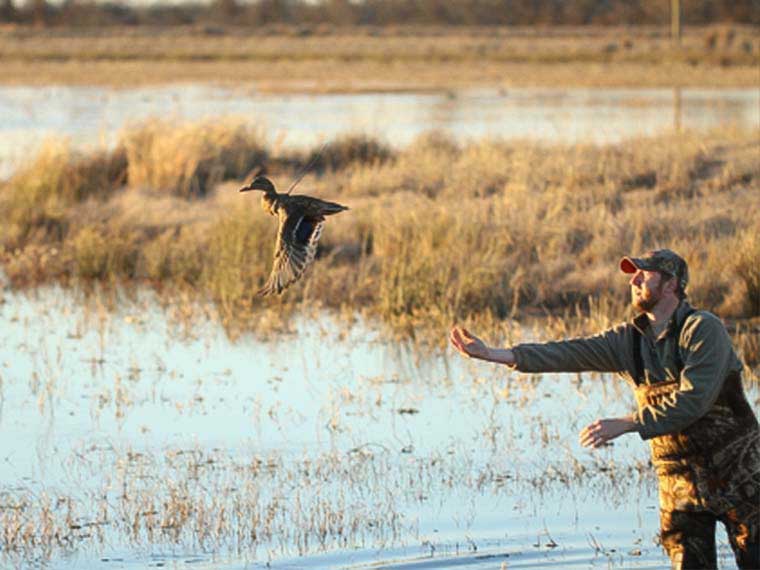 Preliminary results of a Mississippi State University wildlife study show that a federal program to protect birds after the 2010 Gulf of Mexico oil spill has had widespread ecological, environmental, and economic benefits in the Southeast.

Researchers in the MSU Forest and Wildlife Research Center released a study evaluating the Migratory Bird Habitat Initiative, or MBHI. The program was created by the United States Department of Agriculture's Natural Resources Conservation Service, or NRCS, in response to the Deepwater Horizon oil spill to provide alternate wetlands for migratory and resident waterbirds inland away from the oil spill area. Certain phases of the study remain ongoing.

"When the oil spill occurred, no one knew what was going to happen to marshes along the coast," said Charles Rewa, a biologist with the NRCS Resource Assessment Division. "An ad hoc interagency working group of waterbird experts had been previously focusing on longstanding habitat issues emerging in the Mississippi Alluvial Valley, or MAV, and along the coasts of Louisiana and Texas."

"The oil spill served as a catalyst to respond to some of these long-term habitat issues that had been occurring slowly over several decades while providing alternative habitats inland for millions of migrating and resident birds soon after the spill," Rewa said.

The NRCS allocated $40 million to landowners in eight states to manage 470,000 acres of habitat for one to three years. The NRCS commissioned the MSU Forest and Wildlife Research Center to lead an independent evaluation of MBHI. Richard Kaminski, the James C. Kennedy Endowed Chair in Waterfowl and Wetlands Conservation, served as the project's principal investigator, together with J. Brian Davis, Francisco Vilella, Guiming Wang, and Lisa Webb as co-investigators and seven graduate students from MSU, Arkansas Tech University and the University of Missouri.

"Catastrophes like the oil spill can have lasting impacts on waterfowl and waterbird populations," Kaminski said. "The NRCS acted swiftly to implement MBHI to provide alternative habitats for waterbirds in hopes of reducing that impact."

Researchers estimated how many and which species of waterbirds were utilizing the habitats, how much food was available for the birds and cost-effectiveness of the program in terms of potential food energy available for maintaining birds during migration and wintering periods.

MBHI lands proved a haven for migrating and wintering waterfowl and birds; providing an abundance of potential food in a cost-effective manner. The FWRC study indicated:

To learn more about MBHI and the MSU Forest and Wildlife Research Center, visit www.fwrc.msstate.edu.