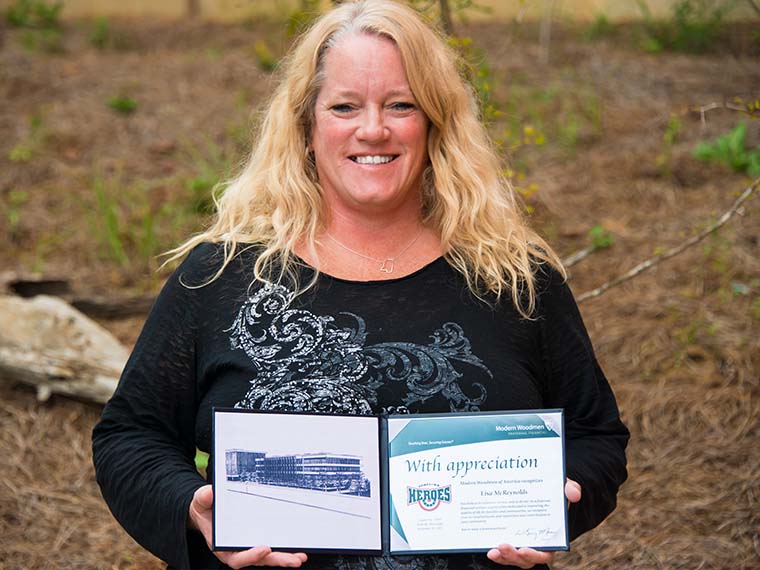 FWRC staff member, Lisa McReynolds (pictured with her award), along with Carol Moss Read and Ruth de la Cruz were awarded the "Hometown Hero" award on September 29, 2015 presented by Barbara Coats, FIC, of the Modern Woodmen of America chapter of Starkville, Mississippi.

To qualify as a recipient of this award, a member of the chapter or community nominates someone to show appreciation for their work in the community. The chapter then recognizes the honoree and presents a certificate and a $100 donation to the recipient's charity of choice.

Lisa was very surprised, yet very honored, to receive the 'Hometown Hero' award and said it was a "community effort; one that I could not have done alone." She plans to continue with the dinner tradition each year and also hopes to expand her volunteer services to other outreach areas where needed.