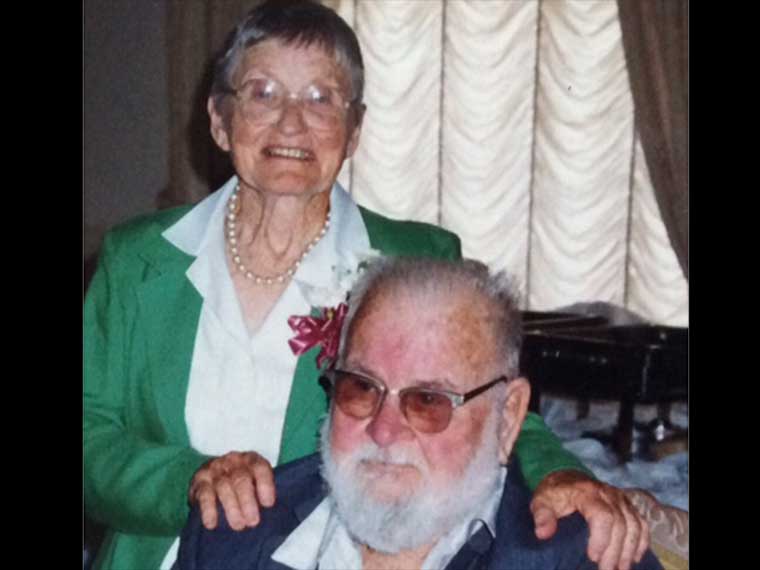 A new scholarship in the Mississippi State University College of Forest Resources has been established by the family of MSU alumni Carroll and Gwen Perkins in memory of the lives and careers of the late couple.

A native of Leesville, Louisiana, Carroll Perkins earned both his bachelor's and master's degrees from Louisiana State University and led a successful career that included periods with International Paper Company as a wildlife biologist and the Louisiana Wildlife and Fisheries Commission as assistant director.

Carroll later attended Mississippi State, graduating with his Ph.D. in 1973. He served as professor in the College of Forest Resources until his retirement from MSU.

A member of numerous professional wildlife organizations, Carroll's research was widely published. He also was honored as the 1975 Conservation Educator of the Year by the Mississippi and National Wildlife Federations, and was the 1976 recipient of the Clarence W. Watson Award, the Southeast's most prestigious award to honor top contributors in wildlife and fishery conservation.

Gwen Perkins, an Oklahoma native, also was a Bulldog alumna earning her bachelor's, master's and Ph.D. from Mississippi State in 1975, 1977 and 1982, respectively. During the couple's time in Starkville, Gwen was known for hosting soirees to extend hospitality to international graduate students at MSU, and was named the Outstanding Community Woman by the MSU President's Commission on the Status of Women in 1999.

An avid writer and photographer, Gwen was published in several magazines, including National Geographic, Time-Life series and Reader's Digest. Additionally, one of her lithographs became the first duck stamp for the state of Mississippi in 1976.

The Drs. Carroll and Gwen Perkins Scholarship will provide a $1,000 scholarship to the recipient each year. Candidates for the award will be full-time students of sophomore standing or higher in the College of Forest Resources. They also will have a cumulative grade-point average of at least 3.0 and must have an interest in pursuing careers in forestry, wildlife, aquaculture or sustainable bioproducts.

For more information on contributing to the College of Forest Resources, contact Jeff Little, the college's director of development, at (662) 325-8151 or jlittle@foundation.msstate.edu.