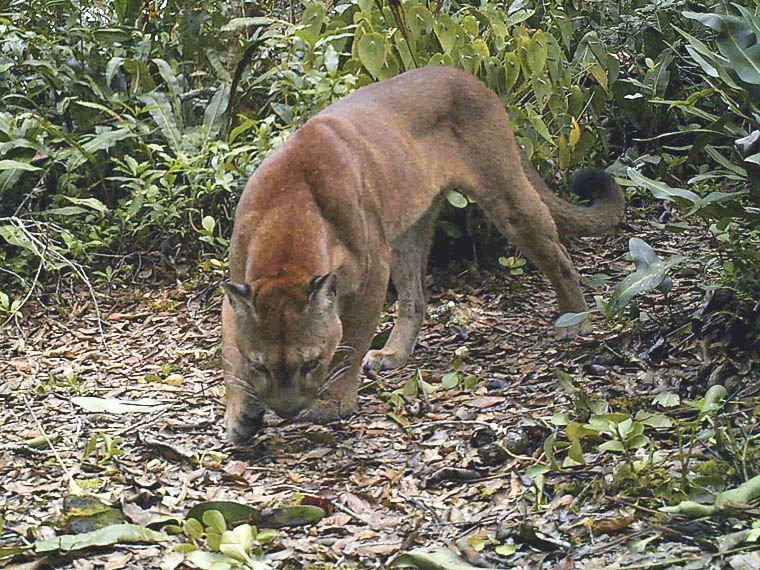 At twenty-six percent, Costa Rica has one of the largest percentages of land designated for ecological protection in the world. This protected areas system is one of the most extensive in Latin America, and is globally considered a management success.

However, the effectiveness of this system for representing Costa Rica's biodiversity and protecting species has not been thoroughly investigated.

Their goals were to evaluate how well protected areas represented terrestrial mammal species and their geographic ranges, determine priority areas for mammal conservation, and assess conservation gaps within the National Protected Areas System.

As described in their recent publication in the journal Plos One, the scientists used global species range distributions from the International Union for Conservation of Nature's Red List of Threatened Species and spatial data for protected areas to make their assessments.

The authors determined that the percentage of species within the protected area system increased from 82 percent in 1961 to 98.5 percent at present. Currently, only three of Costa Rica's 208 mammal species are not found in any protected area.

Though mammals were well represented in protected areas, their relative protection was not as high as might be expected in an area dedicated to ecological protection. Using international standards on the proportion of species ranges contained within protected areas, the authors concluded that 25 percent of mammal species in Costa Rica may be under protected. The percentage was higher for threatened species and for endemic species, only 10 of 17 were considered adequately protected using this criterion.

Identified priority areas for filling gaps for under protected species were mostly in northern Costa Rica and in the Calle del General region in the southern portion of the country. However, because of current land use patterns, there appear to be few remaining areas with intact ecosystems in these regions. Considering too, the already extensive network of protected areas in the country, selection of potential additional areas for protection is complex.

Because of the large number of smaller and isolated protected areas, the authors also identified biological corridors as a potential conservation strategy to improve connectivity among these areas for mammals as well as other species.

Their findings have been provided to the Costa Rican government to assist them in defining sites where new protected areas can have the greatest positive effect on mammal conservation, both in terms of species richness and range protection.

Jerry Belant directs the Carnivore Ecology Laboratory at Mississippi State University. The lab is a part of the MSU Forest and Wildlife Research Center. For more information, visit http://fwrc.msstate.edu/carnivore or contact Jerry Belant at 662-325-2996 or j.belant@msstate.edu