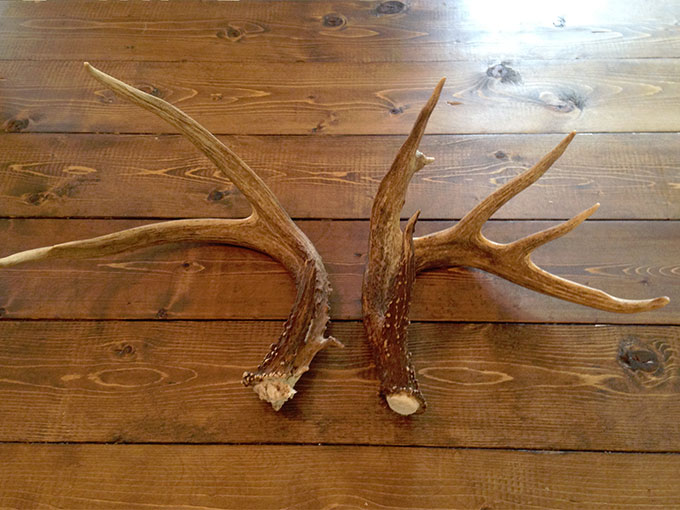 Each spring the woods are littered with antlers as deer shed their old racks to make way for new sets, and these "sheds" may reveal hidden health problems in the bucks that drop them.

To learn more about these lucky finds, many people bring shed antlers to the Mississippi State University Deer Lab, which specializes in deer biology and antler formation.

Steve Demarais, a wildlife biologist in the MSU Forest and Wildlife Research Center, explained what a healthy antler should look like.

While the texture of the bone makes the antler base feel rough, it should appear generally flat in a healthy buck. The antlers should also roughly mirror each other and have the same number of points on each side, he said.

Josh Payne, a hunter from Georgia, found out the buck he had seen throughout the season was not as healthy as he looked.

"When I first saw him in the fall of 2014, he was a typical 10-point," he said. "Then, this past hunting season, I noticed that his antlers were uneven. He was a six-point on the left and a three-point on the right. I caught a couple of glimpses of him but wasn't able to get close enough for a shot with my bow."

Payne was able to find the buck's shed this spring and discovered that the antler abscission area, or the place where the antler is normally severed from the base of the skull, was jagged. Curious about the reason, he contacted the MSU Deer lab.

"In the case of this particular buck, the jagged abscission surface and uneven point distribution was a sign that a brain abscess, likely the result of infection from injury to the skull or pedicle, had caused the abscission surface to become irregular, creating the abnormal jagged appearance," Demarais said.

While this buck is 10 percent more likely to die due to a bacterial infection, Payne may still be in luck next season, Demarais said. Depending on the strength of the deer's immune system, it may survive to see another hunting season. However, it is unlikely that deer will ever return to its original 10-point antler frame.

"Such bacterial infections often decrease the size and normal shape of the infected antler," he said.

The MSU Deer Lab responds to many questions about antler development throughout the year to help the public to better understand white-tailed deer. To learn more, visit msudeerlab.com. The Deer Lab is a project of the MSU Forest and Wildlife Research Center and MSU Extension Service.