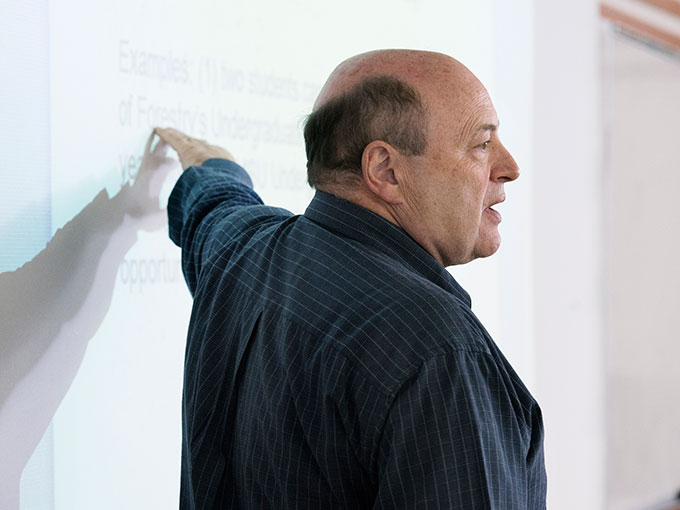 The nation's oldest and most selective honor society is recognizing a 21-year Mississippi State faculty veteran for dedication to the education profession and the society.

Stephen C. Grado is among 80 selected this year for Phi Kappa Phi's Love of Learning award. A $500 check accompanied the tribute.

Founded in 1897 at the University of Maine, PKP currently has more than 300 university and college chapters throughout North America and the Philippines. Membership is by invitation only to academically achieving seniors and graduate students, as well as some second-term juniors. Faculty and other non-students with scholarly distinctions also may qualify.

A member of the College of Forest Resources faculty since 1995, Grado holds the George L. Switzer Professorship in Forestry. He also is the forestry department's undergraduate coordinator.

In addition to his honor, MSU's PKP organization is designated yet again as a chapter of excellence—a recognition it has received almost continually over the years. This time, the scholar group was among only 29 of more than 300 chapters chosen for the top honor.

The Love of Learning awards were established in 2007 to help support professional development opportunities of faculty members. Grado said he will use the award to attend the 2017 International Society of Forest Resource Economists meeting in New Orleans, Louisiana.

Grado was initiated into MSU's PKP chapter in 2001. Since then, he has served two-year terms as both secretary and vice president, and currently is completing a second year as president.