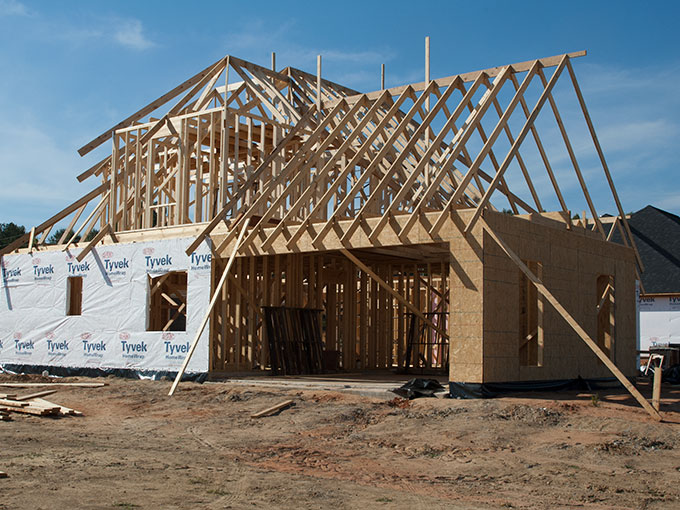 An increase in housing starts in 2015 strengthened Mississippi's timber industry, and stronger demand for sawtimber products used in construction are helping give the industry a boost this year.

"The markets for sawtimber have shown much improvement over the past couple of years, particularly for hardwood sawtimber and, to a lesser degree, pine sawtimber," he said.

In 2015, the U.S. Census Bureau reported housing starts increased 10.9 percent from 2014. However, an excess supply of standing pine sawtimber reduced delivered prices for this segment of the industry.

Henderson said pulpwood markets, particularly in north Mississippi, are limited and have not done as well.

"A new plywood mill opening in Louisville should improve competition for larger diameter timber in northern Mississippi," he said. "Landowners also get another option for timber sales when a new sawmill opens in Newton this year."

"In central Mississippi, we had no significant rainfall between July 4 and Halloween in 2015," Dicke said. "During several of those weeks, we had temperatures between 90 and 100 degrees. Those conditions followed by above-average fall temperatures that extended into December put the whammy on our pine trees."

Dicke said landowners have experienced drought and extended fall temperatures in the past, but the combination of the two is particularly stressful for trees. Ips beetles and deodar weevils usually go dormant in the winter when temperatures drop.

"Trees were already struggling because they had used up all of their reserved energy surviving the lack of rainfall and high temperatures," he said. "When the beetles and weevils attacked in November and December, the trees just didn't have enough defense mechanism left to keep them at bay. As a result of the increased stress, some landowners lost up to 25 percent of their pine timber."

The good news is that beetle counts conducted by the Mississippi Forestry Commission detected high populations of checkered clerid beetles, which are natural enemies of both Ips beetles and southern pine beetles, Dicke said.

However, landowners should scout their timber throughout the summer to check for Ips beetles and deodar weevils, he said.

"It is important for landowners to be able to recognize the pest they have so they can apply the proper treatment," Dicke said. "Southern pine beetle has a much higher potential to do harm than Ips. Southern pine beetle-infested stands should be treated immediately."