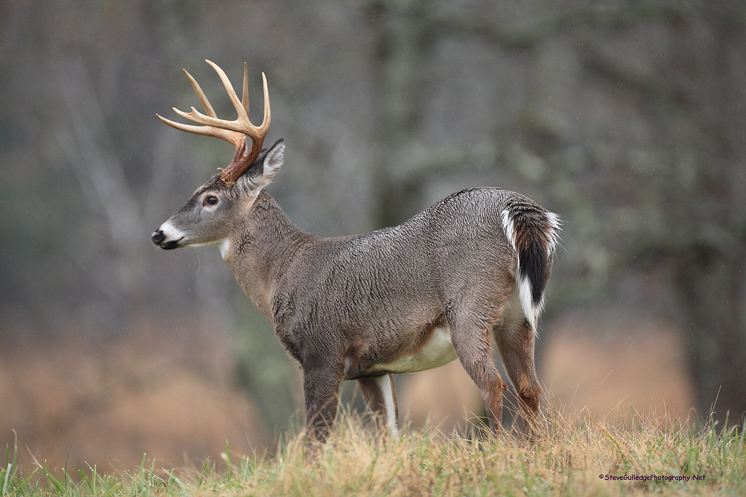 Hunters throughout Mississippi hope to find a big buck this Saturday [Nov. 19], the start of deer season. It is well understood by hunters and biologists alike that deer vary in body and antler size across the state. Larger deer are thought to be the descendants of the Northern deer that were released in the state during restoration efforts in the 1900s.

Mississippi State University scientists are using genetics to determine the true lineage. Steve Demarais, wildlife, fisheries and aquaculture professor in MSU's Forest and Wildlife Research Center, collected samples from throughout the United States to gain insight into which restoration efforts were most successful, and whether or not Northern deer survived long enough to pass on their lineages.

"There is a biological need to genetically differentiate deer throughout the country. This need led to Louisiana, Mississippi and Alabama state wildlife agencies cooperatively funding this project," Demarais said.

Gaining a clearer picture of the genetic breakdown of the deer population will provide scientists with an idea of how earlier restoration efforts played out genetically in the population. It will also validate or invalidate common school of thought in the Southeast, including the perception that larger deer in specific areas have northern lineages.

"A landowner recently mentioned to me that in certain areas of Mississippi there are markedly larger deer than the average regional body and antler size. He stated that the area had initially been stocked with northern deer, and as they tend to be larger, those genetics still influenced modern herds. This project will help address the accuracy of those beliefs," Demarais said.

Stocking efforts occurred in the early 1900s, when deer were scarce on the southeastern landscape—mostly due to habitat loss and unregulated hunting. In order to repopulate the popular game species, state agencies obtained deer from around the Southeast, but also as far as Michigan and Mexico, and released them throughout the region.

This restoration effort was one of the most successful of all time—and now deer are plentiful throughout Alabama, Mississippi and Louisiana, said graduate student Jordan Youngmann, who works with Demarais.

"This is heralded as one of the best restoration stories out there: there were almost no deer in the early 1900s, and clearly there is a bounty of deer now. These deer are genetically robust and have not suffered any problems often associated with restoration efforts," Youngmann said.

Restoring a population can be very difficult—without careful consideration of the stock sources, a restoration effort is likely to fail.

"During restoration events, you take a sample from a population from another area and transplant them. In doing this, you've artificially created a founder event, where a small subset of the original population has formed a new population. That has genetic consequences, such as reduced genetic variation that could result in the entire attempt failing," Youngmann said.

This research will allow scientists to examine what the genetic structure of a successfully restored population looks like. This will provide clues for other species restoration efforts—particularly in terms of which source populations work best, Youngmann added.

"One of the things we want to answer is how well deer from the North did when they were transplanted down South. We suspect that northern deer, due to climate differences and disease, did not do as well as other stock sources. Our research will help illuminate the effects of using stock sources from radically different climates and pathogen regimes," Youngmann said.

To generate a genetic picture of southeastern deer herds, Demarais and Youngmann have collected more than 1,000 genetic samples from deer both within the Southeastern United States, but also from known stock sources, such as New York, Michigan and Texas. Afterward, they analyze the DNA and compare it to see if they can find unique microsatellite markers that geographically distinguish deer.

The results of this project may help guide future restoration efforts, particularly for species that are declining globally.