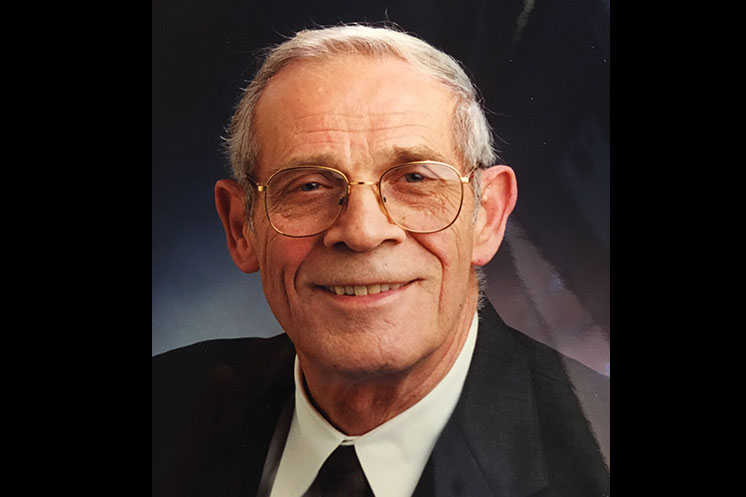 Warren Slater Thompson of Starkville passed away peacefully at OCH Regional Medical Center on March 26, 2018. He was 88 years of age.

Warren was born August 19, 1929 in Utica, MS to Collis Kitchens Thompson and John Edwin Thompson. He completed his BS and MS degrees at Alabama Polytechnic Institute (Auburn University), and his PhD at the University of North Carolina. He was a veteran of the US Army, and had a storied career in academia, earning the distinction of Dean Emeritus of the College of Forest Resources at Mississippi State University.

Mr. Thompson is survived by his bride of 64 years, Marilyn Burney Thompson, as well as by his son John Thompson (Suzanne) of Idaho Springs, CO, and his daughters Ruth Thompson-Klein (Mark) of Lopez Island, WA, Lydia Boutwell (Bill) of Meridian, MS, and Martha Underhill (Mark) of Mt. Juliet, TN. He was proud grandfather to Beau Boutwell (Rachel), Sarah Beth Boutwell, Slater Thompson, Marlee Thompson, Bradley Campbell and Austin Underhill, and great-grandfather to Parker Boutwell. He was preceded in death by his parents and his sister, Hilda Lacey.

Visitation with the family will be held on Friday, March 30, 2018, 11:00 a.m.-2:00 p.m. at First United Methodist Church in Starkville. The funeral service will follow at 2:00 p.m., with interment at Oktibbeha Memorial Gardens Cemetery. Pallbearers will be Mr. Thompson's grandsons, granddaughter, sons-in-law, and family friend, Eddie Coats.

The family requests no flowers be sent, but instead donations can be given to Mississippi's Toughest Kids Foundation, P.O. Box 520, Crystal Springs, MS 39059, to the Missions Program of First United Methodist Church Starkville, or to the charity of choice.