How much carbon do U.S. forests capture? By: Vanessa Beeson 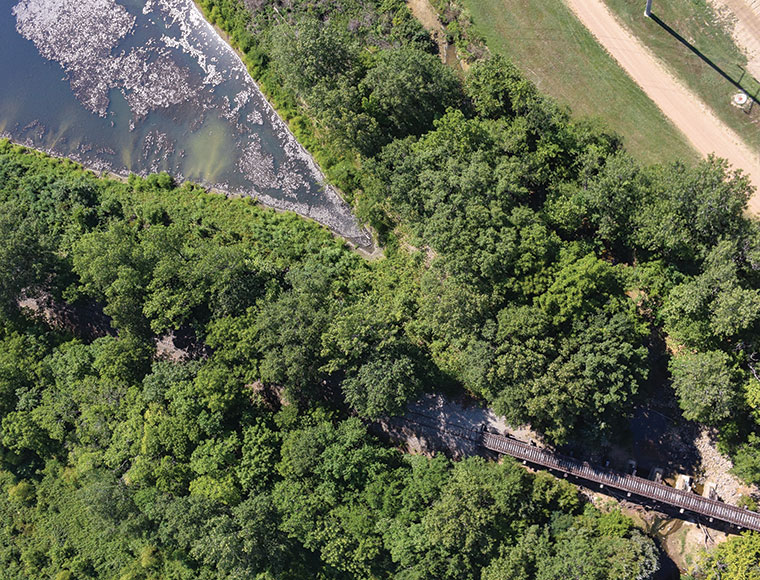 Roughly one third of the land area of the United States is made up of forested land. That's estimated at over 800 million acres of forests. Trees remove CO2 from the atmosphere through photosynthesis. This carbon is stored in the roots and trunk, making forests a globally important carbon storage system. A single tree can sequester about 88 pounds of carbon per year; so just how much carbon does the entire U.S. capture? A scientist in the Forest and Wildlife Research Center is hoping to answer that question.

Dr. Krishna Poudel, assistant professor in the Department of Forestry and his collaborators have been working on the project, which began in 2012 and ends in 2020. They will find a better way to measure forest biomass on a national scale. Better estimating biomass will help them determine a more accurate measure of carbon sequestration across U.S. forests.

Poudel said the current tools used to measure biomass on a national scale are not as accurate as they could be.

For his part of the research, Poudel collected destructive samples from several species across ten western states while collaborators collected information on species in the eastern U.S. The team hopes to use all of the data collected to build better models for estimating biomass in order to better determine how much carbon U.S. forests capture.

Poudel began the research as part of his doctoral work at Oregon State University, where he earned a Ph.D. in forest biometrics in 2015, staying on as a post-doctoral researcher after graduation. He continued the work when he joined MSU as an assistant professor in 2018.

The team has developed new methods and models for estimating aboveground biomass for U.S. tree species, developing and testing approaches to link volume to whole tree biomass and also estimating the biomass of different components including main stem, bark, branch, and leaves.

Once they have determined the best method for estimating aboveground biomass, they will incorporate that model using the U.S. Forest Service's Forest Inventory and Analysis, or FIA program. From there, they should be able to determine an estimated aboveground biomass for U.S. forests that can illustrate how much carbon our forests are capturing.

"Reliable tree-level estimates are needed to characterize the actual state of resources and to accurately inform forest management and policy decisions," Poudel said. "This study will improve the quality and availability of equations for application by all forest scientists and managers making assessments of forest biomass and carbon."

Poudel pointed out that the research will ultimately benefit federal resource managers, private and industrial landowners, and the public as well.

In addition to helping determine how much carbon forests capture, this will also determine things like fuel loads which can help measure the forest's vulnerability to fire, and more," Poudel said.