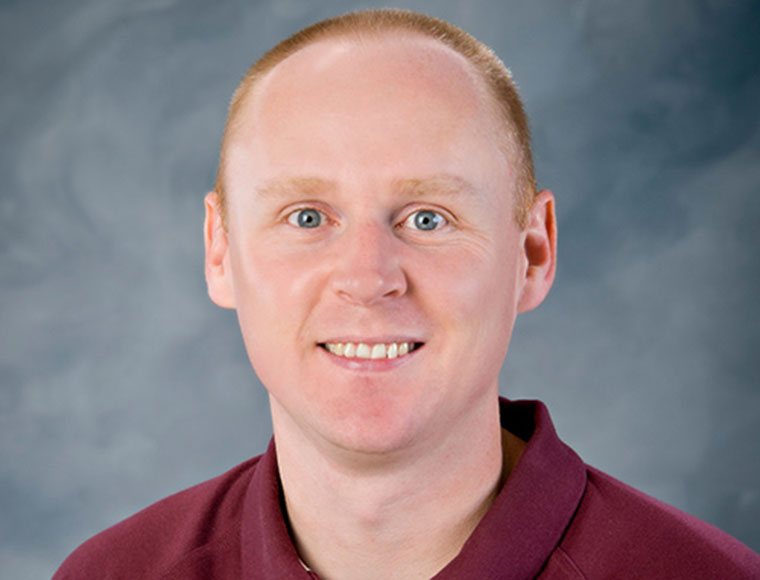 Senior Extension Associate Marcus Measells is one of only 17 honorees nationwide recently named a fellow of the Society of American Foresters. One of the organization's highest accolades, fellows are honored for their extensive and long-standing dedication to the advancement of the forestry industry at local, state and national levels.

The Morton native has been actively involved with the organization and industry since his undergraduate years at Mississippi State, when he served as secretary to the SAF student chapter. He graduated with bachelor's and master's degrees in forestry in 1999 and 2001, respectively.

"One thing the SAF looks for in naming a fellow is involvement at multiple levels of the society. I've served in various local leadership roles over the years. I was secretary for nearly seven years at the state level, then served terms as vice chair and chair. Another consideration is the service that an individual does for the profession in general. In my case, this was my commitment to forestry organizations alongside the SAF and work I do with the MSU Extension Service," Measells said.

In addition to SAF, Measells has served the Mississippi Forestry Association on the board of directors for more than a decade and on the MFA tree farm, communications and executive committees.

"I like getting out and interacting and seeing that people are getting the advice they need, especially if they haven't necessarily had that before. With the Extension Service, I take part in more than 45 meetings a year. No matter the meeting size, I'm most excited when I can see a lightbulb go off in their heads and I know that they're taking something back to their operation and benefitting from it. Being able to serve others in that way has always been a rewarding experience for me," Measells said.

He said being named an SAF fellow is a similarly rewarding experience. Having the support of his nominators for the honor—Stephen Grado, forestry professor; Don Grebner, forestry professor and department head; and Ian Munn, associate dean for the College of Forest Resources—makes the honor particularly meaningful, he said.

"These individuals have been long-term mentors and friends of mine. It's extremely gratifying to have them feel I'm worthy of this nomination. Knowing that they've seen all I've done and that they recognize the importance of it means the world to me," Measells said.

Grebner said Measells is a standout candidate for the fellow designation.

"Marc is a highly dedicated individual. Whatever he does, he does well, and he is truly committed to the profession and leads by example. His leadership in local SAF affairs has been pivotal in helping the state chapter operate smoothly while simultaneously meeting the needs of foresters across Mississippi," Grebner said.

For more information about the College of Forest Resources, visit www.cfr.msstate.edu. For more about MSU Extension, visit extension.msstate.edu.