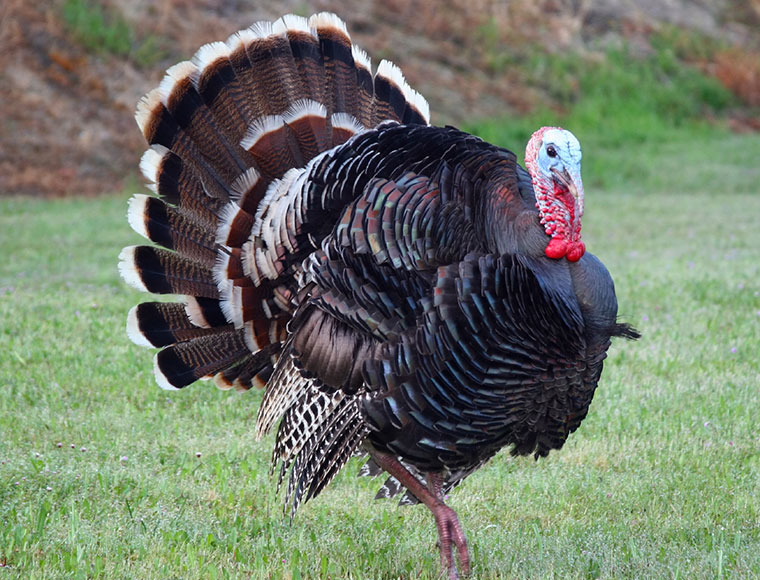 Each spring, turkey hunters cover themselves from head to toe in camouflage, head into the woods to find the perfect spot, take out a small wooden box and begin moving the top of the box to make a screeching sound which mimics a female. Their objective is to engage the elusive male turkey. Spring turkey hunting is a mix of tradition, culture, and economics. It occurs when turkeys are at the height of courtship. Males gobble and strut in full-force to bring in as many female hens as possible and ward of other males within their territory.

The Mississippi Department of Wildlife, Fisheries and Parks, the state agency responsible for setting the hunting season, called on Dr. Francisco J. Vilella, a scientist in the U.S. Geological Survey's Cooperative Fish and Wildlife Research Unit and a professor in the MSU Forest and Wildlife Research Center, to determine if the supposed disparity occurred.

To determine peak gobbling season, Vilella, graduate students, and biologists in the Mississippi Department of Wildlife, Fisheries and Parks, analyzed gobbling activity in the northern and southern parts of the state.

"We divided the state into two surveying regions, north of Highway 82 and south of Highway 84," Vilella said. "We did not survey the central part of the state."

Scientists conducted eight surveys in the northern part of the state and seven surveys in the southern part of the state. Each route consisted of 10 stops approximately one mile apart. Each route was surveyed twice a week beginning 30 minutes before sunrise during the hunting season. At each stop, scientists would listen for four minutes and record the number of gobbles and gobblers heard. Scientists conducted the study over two hunting seasons.

"We found that gobbling intensity did vary between the southern and northern parts of the state with a 10- to 14-day difference in peak gobbling activity," Vilella said. "However, the majority of all gobbling activity occurred within the spring hunting timeframe established by MDWFP regardless of location."

While the scientists weren't surprised to find a difference in the timing of peak gobbling activity between the northern and southern regions of the state, they were surprised to find the effect of weather on the ritual turkey courtship.

While latitude can influence the onset of the wild turkey breeding season, weather conditions can affect within season behavior or the turkeys' propensity to gobble, Vilella added.

The information could prove valuable to turkey hunters who spend an estimated $90 million annually in the state through direct, indirect, and induced expenditures.

"Turkey hunting is a rich tradition in the state, but perhaps before hunters take to the field, they should first check the weather, to better their chances for a productive hunt," Vilella added.

Matt Palumbo, a former wildlife, fisheries and aquaculture graduate student contributed to this study. This study was funded by the Mississippi Department of Wildlife, Fisheries and Parks and the Mississippi Chapter of the National Wild Turkey Federation.