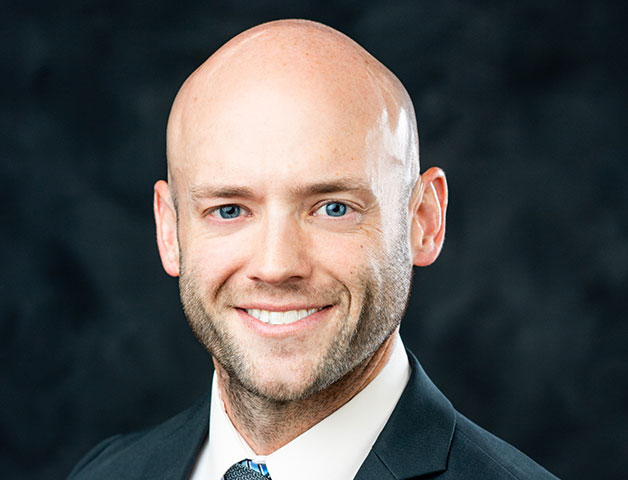 A Mississippi State College of Forest Resources graduate student has taken advantage of a recent opportunity to study feral swine as a fellow for a leading conservation agency, and his work has focused on developing a prioritization tool for feral swine control across the Southeast's 108 national wildlife refuges.

Tyler Evans, a wildlife, fisheries and aquaculture doctoral student, was selected as a U.S. Fish and Wildlife Service Directorate Fellow this past summer. The highly-competitive 11-week career pathways program provides conservation experience to current graduate and undergraduate students interested in conservation careers, with an emphasis placed on future employment opportunities with USFWS. A direct hire authority certificate is provided following completion of the program and any remaining degree requirements, giving participants two years of eligibility post-graduation to be short-listed for USFWS job openings.

The Salem, Ohio, native has spent the past three years studying feral swine on the Sam. D. Hamilton Noxubee National Wildlife Refuge in Noxubee, Oktibbeha and Winston counties as part of his MSU doctoral program.

"The current status of wild pigs at the Sam D. Hamilton Noxubee National Wildlife Refuge is likely somewhere between light and moderate. Although wild pigs have only been present on the refuge since approximately 2014–2015, they appear to be becoming more prominent with respect to numbers observed and associated damage to the landscape," Evans said. "While this issue is certainly concerning given the unique ecological value of this refuge, statuses are likely worse on several other refuges in the Southeast, especially those that have been experiencing these invasions for greater lengths of time."

His USFWS Directorate Fellow project expanded on his doctoral research.

"I contacted refuge managers, biologists, project leaders and individuals from other agency divisions to identify criteria for each refuge that included the degree of feral swine invasion, if any, the types of damage and any existing control efforts currently in place," he said.

From there, he assessed other criteria specific to each refuge such as the impact of feral swine on each refuge's primary purpose and any vulnerable species, among other factors. He then built a Simple Multi-Attribute Rating Tool (SMART) to gauge how feral swine might impact each location.

"I used the information I obtained across all sources to assign scores, or counts, in the case of species classifications, across 18 different attributes for each refuge. These ultimately were incorporated into a tool that allows for direct comparisons across consistent criteria and variable weighting of attributes relative to current/future USFWS priorities or similar considerations. The goal is to have an easy way to integrate future information so refuge management can continue to mitigate feral swine on refuge lands even as needs and priorities change over time," he explained.

Evans said he especially enjoyed the connections made and the broad experience the program provided.

"I've made many lifelong friends with current agency personnel and others within the Directorate Fellows Program whom I hope will also be my future colleagues. While I've gained many hands-on field experiences during my time at Mississippi State, this program gave me a much more rounded understanding of the National Wildlife Refuge System, especially with regard to feral swine issues on other refuges compared to the Sam D. Hamilton Noxubee National Wildlife Refuge," he said.

USFWS Acting National Coordinator for Invasive Species, Bryan Watkins, who supervised Evans, said the project ultimately will make a difference for the agency.

"The Directorate Fellowship Program is the most important opportunity to define talented future professionals to fulfill the USFWS mission. Tyler definitely showcased a strong skill set that will benefit the mission moving forward. His project to develop a prioritization tool for feral swine control across the Southeastern U.S. will be an integral part of our adaptive management approach that addresses threats from this invasive species to the many important ecosystems entrusted to the USFWS," he said.

Graduate and undergraduate students wanting to learn more about the program can visit https://manoproject.org/events/u-s-fish-wildlife-service-dfp. Learn more about the Department of Wildlife, Fisheries and Aquaculture in MSU's College of Forest Resources at www.cfr.msstate.edu/wildlife.