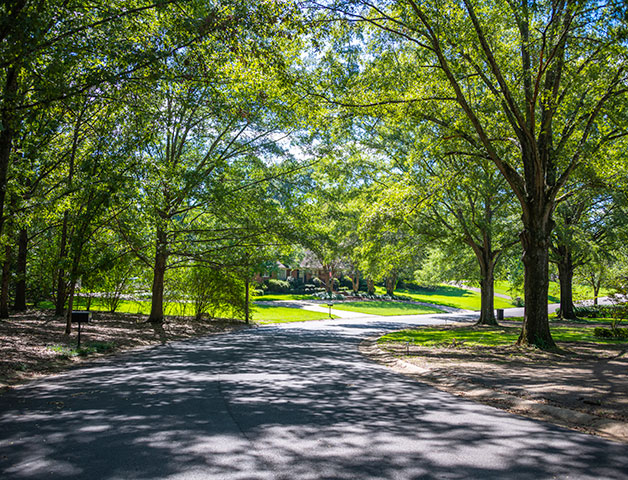 Professors Donald Grebner and Stephen Grado in the MSU Department of Forestry have found the global trend of tree canopies increasing home prices in urban areas also holds true in smaller communities. The team—which includes Eric Bridges, a doctoral student and former city forester for Lakeland, Tennessee—recently led a study of single-family residential properties in the small middle-class community outside of Memphis. They examined the relationship between canopy cover and property values using the Hedonic Pricing Method, a tool widely used in urban forestry valuations.

"Studies such as ours are common in large cities worldwide but are rare in small towns," said Grebner. "We wanted to determine if this method would work when looking at the economic impact of tree canopies in smaller communities."

The study, funded by the MSU Forest and Wildlife Research Center, began when Bridges, after attending numerous city council meetings defending tree protection policies, realized that he lacked the metrics to support his stance.

"I felt like I had to have an argument even more compelling than 'it's the right thing to do, and I wanted to see if there was an actual impact of these policies on property values," he said.

The team examined neighborhoods with varying characteristics, from modern subdivisions with no canopy to those with older homes and mature trees. They limited their focus on housing data from 2001-2005 to avoid skewed results from the housing recession at the end of that decade.

The team's results echoed previous studies in that the presence of trees increased the property values, after accounting for additional factors such as home size, age, features and proximity to schools, parks and other desirable amenities. Specifically, they found that a 1% increase in neighborhood canopy resulted in 0.12 to 0.17% increase in home sale prices. With the mean home price in Lakeland averaging $246,592 (in 2005 dollars), that translates to significantly increased property tax income for the city.

A more surprising and unique finding was that property values increased whether or not additional trees were present on the individual's lot itself. Even close proximity to trees raised the values of all properties in a subdivision.

"Those results don't fit the standard model," Bridges said. "But we did find research backing our conclusions that people want the benefits of trees but don't necessarily want to do the work to maintain them."

With this study being the first of its kind for a small Southern town, there is hope for future research and policy change in growing communities like Lakeland.

"The results suggest that there are alternative approaches to maximizing the impact of canopy cover on property values besides planting trees on individual lots," Grado said. "In addition, community forest managers could use our findings to determine priorities for tree planting or protection."